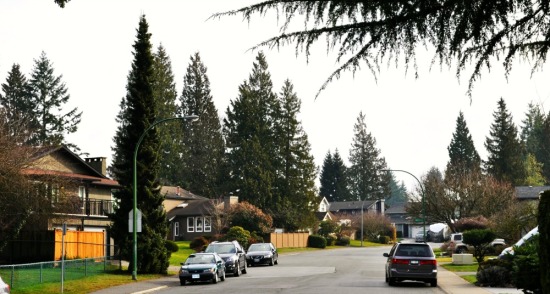 A recent report estimates that B.C.’s housing price downturn, underway for the past year or more, has cost Metro Vancouver homeowners 89 billion dollars in notional home equity or almost $40,000 for every resident of the region.

This number, which appears to originate with a couple of retired millionaires on the west side of Vancouver, feels about right. Monthly stats from the Greater Vancouver Real Estate Board indicate that in the inner suburbs, the average owner of a detached home is losing more than $10,000 per month in estimated value. In the City of Vancouver and the District of West Vancouver, that number is more like $25,000 per month.

How much further can prices decline? At this moment, home prices from West Van to Abbotsford are still, in most cases, 85 to 130 per cent higher than they were 10 years ago. The cost of living has increased by 16.2 per cent during the same period, and wages (Statistics Canada, 2017) have tended to track the cost of living. Homeowners are still ahead of the game measured against what they would have made from other investments; would-be buyers still face a big affordability problem. 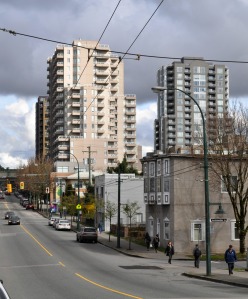 When Fraseropolis.com was launched in 2011, Vancouver-area detached housing prices were high and moving higher at an accelerating pace, but organized public concern was limited.

Through 2014 and 2015 the conversation around home prices heated up, and so, anecdotally at least, did the inflow of offshore money. But the benefits from the real estate boom were very attractive for many people — payments to real estate agents and developers, construction and renovation jobs, landscaping jobs, retail sales of home furnishings, and windfall gains to the provincial government from the property transfer tax.

Starting in 2016, despite the benefits from a speculative market, governments have taken steps to cool things off, including:

So with all that, plus a chill in Canada-China relations, the price of housing in the Vancouver area is lower than it was a year ago. But prices are still high. Examples:

If we look back over 10 years, detached home prices in the Greater Vancouver Real Estate Board zone have doubled, or close to it, in most urban locations — except for, strangely, Ladner, an attractive enough area where prices are now inching up.  Townhome prices in the Greater Vancouver zone are 80 to 100 per cent higher than 10 years ago, except for Port Moody at 71 per cent. Outside of a soft market in South Delta (Ladner and Tsawwassen), apartment prices are 80 to 120 per cent higher.

In Fraser Valley Real Estate Board zone, detached home prices on April 30 are 100 to 115 per cent higher than 10 years previous, except for the fringe community of Mission. Townhomes are 75 to 110 per cent higher, with a low outlier (62 per cent) in Abbotsford). Apartment prices have risen by 95 to 130 per cent over 10 years except in Mission.

What happens next? Home prices have risen far beyond the local wage gains of the past 10 years, but there are other factors at play, even as governments try to discourage foreign investment. Retired managers and professionals continue to move to the west coast from other parts of Canada. Extended families continue to pool their wealth to acquire property for the long term.

In a recent commentary on CBC Radio, business analyst Mark Ting suggested that we may be past the halfway point in the downward trend for detached home prices.  The downward movement in apartment prices began more recently, and will be pushed along by a wave of apartment construction across the region, at the transit nodes (Brentwood, Lougheed City, Surrey Central) and in the urban villages (Langley City, Maple Ridge). This may result in a sustained decline in apartment values.