This page presents links related to reports and databases mentioned elsewhere on this site. Links were checked and updated in October 2019. 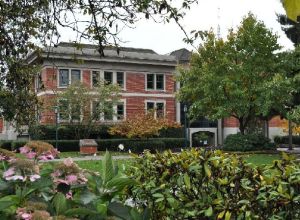 The Government of B.C. requires arms-length provincial agencies and local governments to publish annual financial statements.  These documents include lists of all employees with salaries higher than $70,000, and of payments made to suppliers including consultants.

The Province maintains comparisons of tax rates and representative property tax payments from all municipalities in B.C.

This report, submitted to the Metro Vancouver Housing Corporation in June 2011, went almost unnoticed.  It points out a wide disparity in policies and attitudes among local governments around a 2007 regional strategy that was supposed to promote housing affordability. The Metro Vancouver Housing Data Book (revised 2019) takes a community-by-community look at housing affordability.

The BC Child and Youth Advocacy Coalition published a regional child poverty report in 2014 based on Statistics Canada data, including detailed maps. The 2017 B.C. Child Poverty Report Card does not attempt a map.

The Metro Vancouver regional government has a report on the data captured by the federal census in 2016, including population growth by municipality from 2006 to 2016.

The Fraser Valley Regional District prepared a summary booklet on local results from the 2016 federal census.

As of 2019, the University of Queensland was showing very detailed population numbers for Greater Vancouver, the Fraser Valley, and many other places. I am reluctant to add free-floating links to this site, but the information here is fab.

The FVRD growth strategy dates from 2004.  With a population one-tenth the size of Metro Vancouver’s, the Fraser Valley faces a different set of challenges. An update was in progress in 2019.

8.  Plans for transit in Metro Vancouver and the Fraser Valley

The South Coast B.C. Transportation Authority was conceived as a one-stop planner and funder for regional roads and bridges, rapid transit and bus transit.

Friction between local politicians and the provincial government led to the imposition of a complex, and many would say unworkable structure of governance.  Newly-appointed directors are provided with a hefty Governance Manual to study.  The authority publishes an annual performance review, with a link here to the 2017 version in summary form. The TransLink strategic plan, which often seems to be in a state of review and revision, says something about longer-term hopes and dreams.

Public transit in the Fraser Valley Regional District is operated by BC Transit, a provincial agency. BC Transit produced a Mission-Abbotsford transit plan in 2013. As of 2019 there were no new plans.

Local governments provide most of the operating funding for B.C. libraries.  The B.C. government maintains an annually updated spreadsheet with detailed statistics on library operations.

The Province has issued occasional reports on policing costs and number of officers deployed in B.C., including officers on federal assignments.  The link here is to the 2017 report.

The province also commissioned and published a consultant’s report on the governance of city police boards in 2003.

The Greater Vancouver Real Estate Board issues a monthly market report.  It demonstrates the huge discrepancies in housing affordability across the region — with average prices for a representative detached home on the west side of Vancouver sitting at $2.4 million in February 2014, up more than 40 per cent over five years, and Maple Ridge sitting at $480,000, up two per cent in the same period.  The Fraser Valley Real Estate Board publishes similar statistics for southern Metro (Delta, Surrey, Langley) and the Valley proper.

The Government of BC published a detailed report on food production and farm revenues in 2016, showing that Fraseropolis had about two-thirds of the annual agricultural value in the province.  The Fraser Valley Regional District authority has a snapshot on agriculture updated to 2017.