After some weeks of saving our pennies, my neighbour Claus Andrup and I have printed another 50 copies of Aesthetic Maple Ridge, an illustrated booklet about our home town.  I sold two copies from my doorstep this afternoon, and dropped off two more copies at the Fraser Valley Regional Library.  A runaway success!

“At the simplest level, we would like to share what we see when we walk or drive through Maple Ridge.  We want to state the obvious.  Maple Ridge is privileged by its natural position, and has great potential.  However, the central area, while significantly improved since 2009, is still vastly under-developed.  Outside the central area, neighbourhoods have been created, and are being created, without nearby commercial services or aesthetic focus.  And while there is something called an Official Community Plan, there is a lack of civic cohesion or consensus around what direction we should take.”

“Our call to action is modest: let’s live as if Maple Ridge is already a great city.  Let’s make use of the gathering places, restaurants, promenades and cultural opportunities that already exist.  By reinforcing what’s good, we can make it better.” 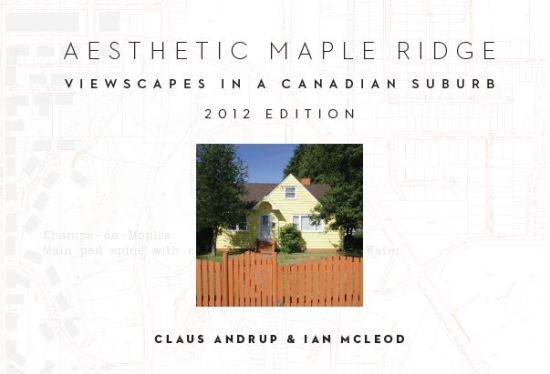