December 23, 2012 By imcleod in Around B.C. Tags: BC polls, BC public opinion Leave a comment 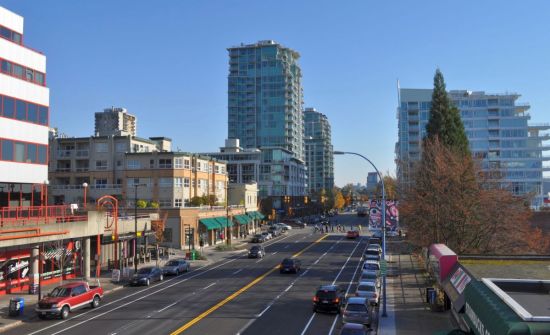 The polls indicate that British Columbia will see a change of government in the election scheduled for May 14, 2013.  The BC Liberals have taken the last three elections, but  credible polling firms have given the New Democratic Party a lead of at least 15 points over the Liberals throughout the past year.

Based on a compilation of polls through to early December 2012, Eric Grenier of ThreeHundredEight.com has determined that an election at that time would likely have given the NDP about 60 seats in the B.C. Legislature, with 24 Liberals in opposition and one Independent (Vicki Huntingdon in Delta South).  Mr. Grenier’s work appears regularly in the Globe and Mail.  He tracks opinion at the federal and provincial levels by combining polling results, recognizing that different polling methods have different strengths and flaws.

Beyond reporting on province-wide voting preferences, he develops seat-by-seat projections based on a formula that considers province-wide trends along with local factors such as incumbency and the “star” quality of candidates.  He claims an 85 per cent accuracy rate for these local projections at voting day.  Since the B.C. election is still six months out, and voter preferences may change, I present Mr. Grenier’s current B.C. projections for interest only, as a highly educated guess about the mood of the province.  The chart below is taken without adaptation from his site.

[Note from 2016: seat-by-seat forecasts are no longer available on Mr. Grenier’s site, due no doubt the decreasing reliability of survey-based forecasts even at the macro level.]

Of the 85 seats in the Legislature, 46 are located in Metro Vancouver or the Fraser Valley Regional District.  As of December 5, the NDP was a strong favorite in 24 of these Lower Mainland seats (says Mr. Grenier), and was leading in another 4; the Liberals were well ahead in 8 seats and leading in another 6.  There were 3 toss-up seats, and the one seat leaning independent.

The headline news for me is the lack of a safe Liberal seat in the Fraser Valley Regional District.  Over an 80-year period of contesting elections, the social democratic parties were shut out in Abbotsford and Chilliwack.  These were bastions of the right-of-centre vote in B.C., along with the Central Okanagan and the B.C. Peace District. The NDP had a startling by-election win in Chilliwack in April 2012, and Mr. Grenier shows them with a strong lead in that seat and a narrower lead in Abbotsford South.  The rest of the FVRD seats are toss-ups or soft Liberal.  The Liberals do better in the Metro seats south of Fraser, with pockets of strength in Richmond, south Surrey and south Langley.

The NDP’s dominance in the City of Vancouver is also notable.  I see only one safe Liberal seat in this projection, in the affluent Quilchena area on the city’s west side, with Premier Christy Clark’s adjacent Point Grey seat currently leaning NDP.  There are two seats leaning Liberal — Langara and False Creek — and the other seven are shown as strong NDP.

Of the four seats on the North Shore, the Liberals are shown as favoured to win in three, with the NDP slightly ahead in Lonsdale.  The NDP is walking away with most of the nine seats of Burnaby-New West-Tri-Cities, with only Burke Mountain leaning to the Liberals.

While the province-wide projection for December represents a severe defeat for the Liberals, it  actually marks a recovery from mid-2012, when the Grenier projections showed the Liberals leading in as few as three or four constituencies province-wide.  The key here has been the surge and then collapse in support for the newly-reorganized BC Conservatives.  Can the Liberals continue to poach from this depleting source?  A further, modest Conservative-to-Liberal switch will put the Liberals over the line in the close Fraser Valley ridings.  In the Metro Vancouver areas that have historically swung back and forth — the mid-Surreys, Burnaby North, Maple Ridge — the incumbent party faces a steeper climb.

In one of my past lifetimes I was a political assistant.  I encountered people who believed in the long-term evoluton of voter preferences in Canada.  “People aren’t as stupid as they used to be; they’re letting go of the old bugaboos,” they would say. “And that’s why (name of party, name of ideology) is going to dominate this country for the next generation.”  However, I think the evidence shows that people are increasingly willing to jump from party to party, just as they’re more willing to try out different brands at the supermarket.  We may see young families in the Fraser Valley switching to the NDP in 2013, giving that party seats where it has never held seats before; and in 2017, we may see a different picture altogether.