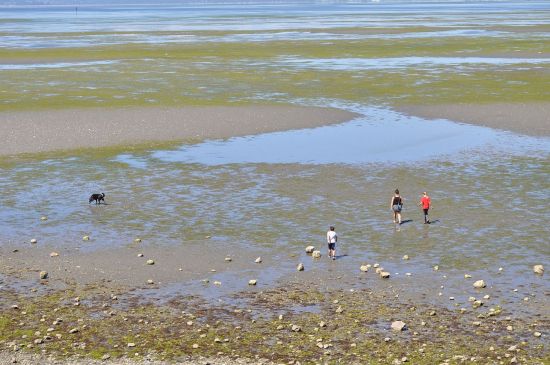 The historic heart of Crescent Beach is partly screened from the rest of the city of Surrey, British Columbia by a railway line — operated today by Burlington Northern and Santa Fe, a 32,500-mile network controlled by Warren Buffett with all of 30 track miles in Canada.

Two and three generations ago, the railway line brought people out from Vancouver to enjoy days along the shore. Some built modest cottages and stayed for a few weeks during the summer, and a few of the old cottages still stand. On a clear morning, the promenade along the dyke from Blackie Spit park around the corner to the seafront cafes is one of the finest short walks in the region. 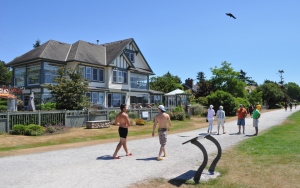 Increasingly, and not surprisingly, it’s a subdivision for the rich. On the day we visited, the ocean-facing house  shown to the left was on sale for $3.8 million. Port Metro Vancouver has received approval to expand its coal-handling facilities, and part of the new coal supply is to come up Mr. Buffett’s railway from the U.S. along the seafront at White Rock and then through the streets of Crescent Beach. On our visit, we noticed knee-high “No U.S. Thermal Coal” signs sprouting up on well-trimmed front lawns. 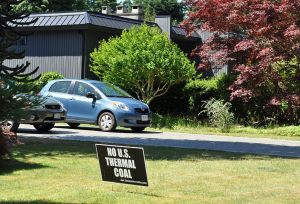 MoneySense  best-to-worst list of Canadian cities and towns. A visit to Crescent Beach illustrates the hazards of investing in this kind of generalization. My co-tourist David Plug, who lives just up the hill from the beach, pointed out that Surrey is geographically bigger than Vancouver and Burnaby combined, with a population of half a million. Some parts are better than others. 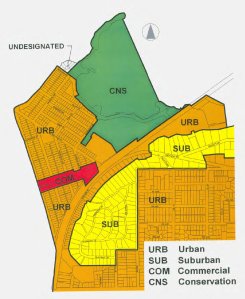 Judging from a 1999 neighbourhood plan, the population of the Crescent Beach community (as defined by local government) is likely a bit less than 1,000. Densification here takes the form of a few coach houses built at the back of large residential lots. The plan proposed the creation of dedicated seniors’ housing to let long-time residents “age in place”, but there’s no sign this idea was ever adopted.

Commercial use, about six intermittent walkable blocks of it (counting both sides of the street), is bunched up along the western end of Beecher Street. Other than a couple of professional offices and a yoga studio or two, most commercial space is taken up by cafes. In season, hundreds or thousands of people arrive in Crescent Beach every day to stroll on the dyke or play on the shore. Some stop at the cafes for ice cream or fish and chips. 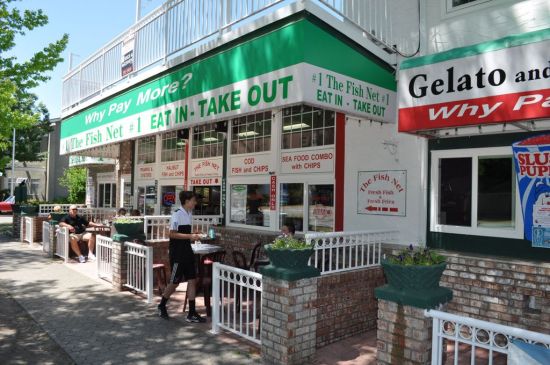 We enjoyed our lunch at The Cabin, a pub-style restaurant, but David pointed out that this was the third restaurant business at this location in recent memory. In fact, he said,  restaurants in Crescent Beach seem to struggle. Perhaps the dry season is too short, and there are too many restaurants serving too few locals during the long winters. Perhaps the thousands of July/August beach-goers crowd out potential restaurant patrons by parking their SUVs on the main street. Parking meters might help. The parking shortage really is a problem; if you want to make the visit in high season, come early in the day or there may not be room. 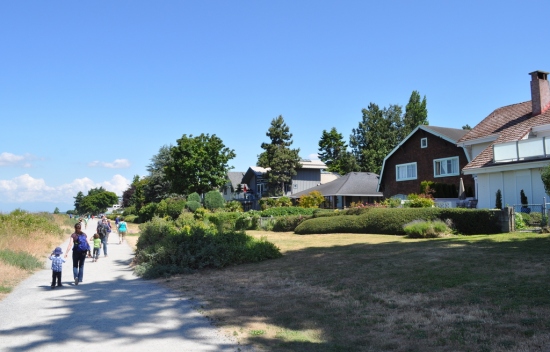 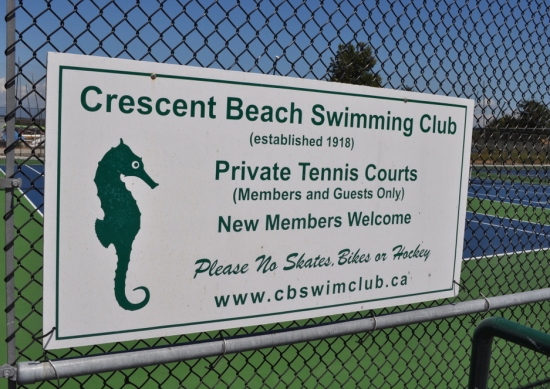 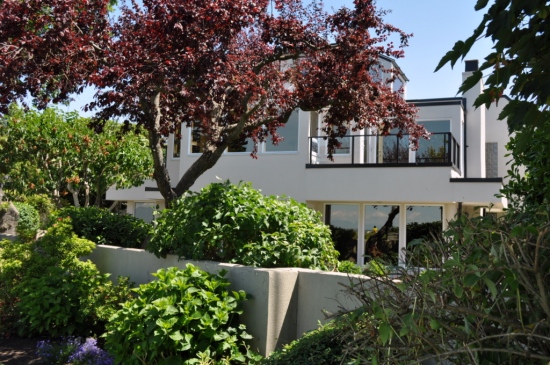 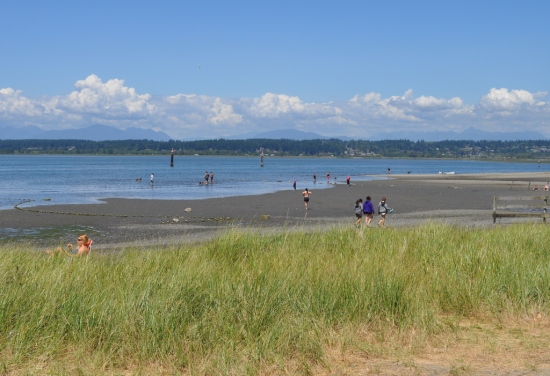