Annacis Island, an all-industrial zone located in the Fraser River, is noted (if at all) for its large wastewater treatment plant and worsening traffic congestion.

The five-kilometre long island is a less-than-obvious place to walk; co-tourist Robert Smarz and I went to find out if it is at all tolerable for humans. We were lucky to arrive on a Friday morning before a long weekend, when traffic was light, but we had to stay alert nonetheless, as the trucks are large and there are no sidewalks. 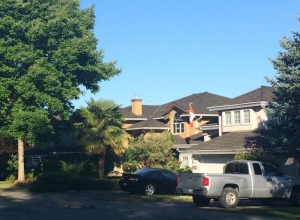 No public parking either, so we began our loop at the Queensborough Community Centre on neighbouring Lulu Island, walking past marinas and river-facing homes before making a bridge crossing to industrial Annacis via Highway 91. The pedestrian link alongside the expressway traffic is noisy but short, perhaps 500 metres in length, leading to a shaded pathway that is the gateway to the island.

We crossed Cliveden Avenue, a main street, at the first lights, and ate breakfast at the Twin Bridges restaurant. We then travelled northeast, returning to Queensborough via a second and quieter bridge. Our total walking time was about 90 minutes. 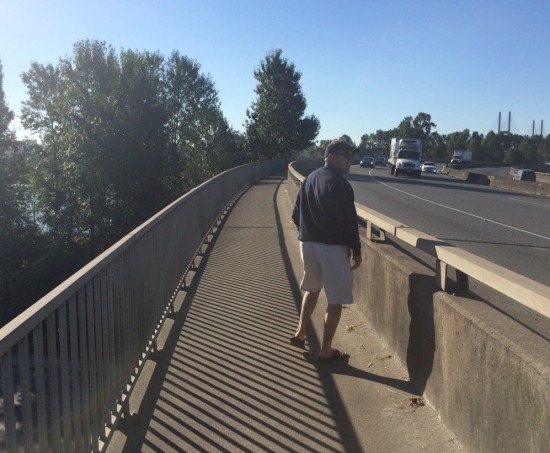 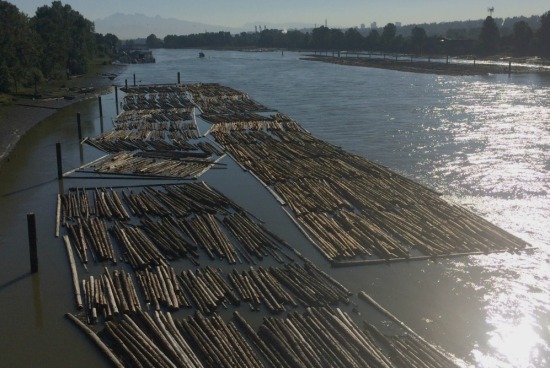 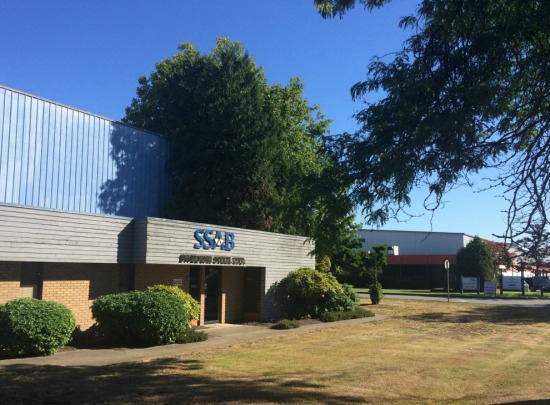 On balance, Annacis is not as ghastly as it could be, or at least not on this quiet morning. The trees and other greenery soften up a utilitarian landscape. There’s a stand of weeping willows near Audley Boulevard, along a mini-canal that might have been made for ducks. The manufacturing and service businesses come in various shapes and sizes. The UPS drivers swarm around their depot in cartoon vans.

Now, about those sidewalks. Annacis Island, with a workforce of 10,300 people, barely rates a mention in the Municipality of Delta’s 2015 Official Community Plan. One of the few references comes with the following objective:

Encourage the development of an efficient local transit system to move people to and from Delta’s town centres, key service destinations, recreational areas, and major employment areas, including industrial areas such as Tilbury and Annacis Island.

This is admirable, and in fact there’s already a bus running to the island from Skytrain as often as every 12 minutes. But any transit rider who has to walk any distance to work will be at risk from large vehicles, and this is surely a deterrent to transit use.

And for car commuters, there’s a serious traffic congestion issue (according to recurring news reports) related to the island’s position near the junction of Highways 91 and 91A. These are two of the region’s main routes for both commuter and industrial traffic, and they can become almost gridlocked during peak hours. Commuters have taken to making Annacis a short cut, using private parking lots along Cliveden Avenue as u-turn facilities. Workers on the island have complained that it can take them as long as an hour to get to either highway at the end of the day, and have appealed to the Delta municipal government to take action.

If you wanted to get at this problem in a complicated way, you could impose a congestion charge on any vehicle coming on to the island, with a quarterly rebate to island-registered employees and commercial vehicles. A simpler solution, from one of the news media chat threads, would be to ban heavy truck traffic on Annacis from 4:00 to 5:15 each afternoon. This writer suggested that long truck trailers, combined with commuter traffic, are the critical cause of the traffic tie-ups.

Surrey Leader, January 2016; the blue route is the short cut 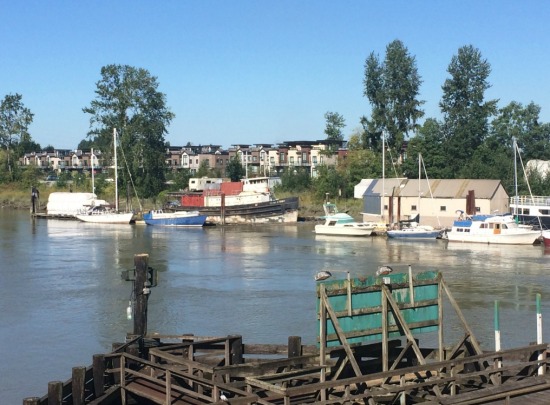 New homes in Queensborough, seen from the second Annacis bridge. Many of Queensborough’s former industrial lands have been converted for housing.