Downtown Trail with the smelter on the hill

The city of Trail, British Columbia, about 600 kilometres east of Metro Vancouver, lies in a valley near the American border. We visited Trail, my wife’s birthplace, as part of our summer vacation. We took some time to walk around and see what hasn’t changed. 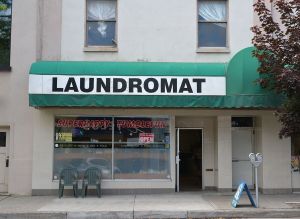 Central Trail presents a museum of mid-20th-century architecture, which is great for a visitor like me. Some residents, however, worry that the city has been forgotten by the outside world.

To be fair, there have been improvements since the 1970s; the city is much greener than it was, due to emissions  improvements at the smelter that dominates the town. Trail’s 1961 hockey world champions were called the “Smoke Eaters”; the smoke used to kill the trees for miles around, as well as driving away tourists; but that is in the past. 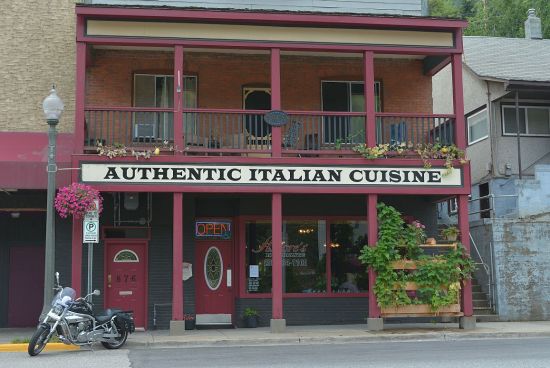 On Highway 22 in the Gulch, near downtown Trail

At the Piazza Colombo

The smelter provides a healthy flow of property taxes, and the City government has invested in parks and walkways along the Columbia River. Local government and private donors have created a garden along Highway 22 to celebrate Trail’s Italian heritage. Many of the pioneering industrial families came from Italy, and their descendants are still prominent in business and politics.

Other than the renewal of parks and heritage, however, the folks we met during our recent visit see a lack of investment and a lack of urban life in a town where the population is steady at 7,500 after peaking at about 12,000 in the early 1950s. 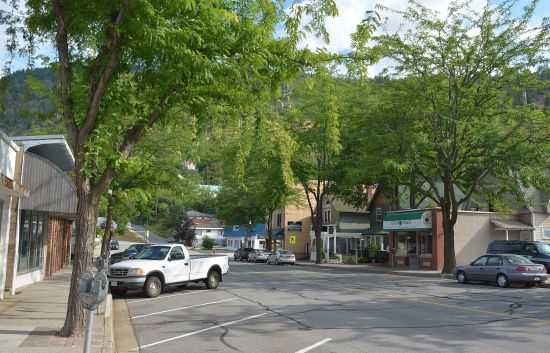 My wife’s uncle Harold Jones, a onetime star of the famous Smoke Eaters, used to work at the smelter, now operated by Teck Metals. He’s now an occasional tour guide. He says the facility still produces hundreds of tons of zinc, lead and other materials daily, to be shipped to manufacturers across the continent. But the workforce has dropped from a peak of close to 6,000 people to about 1,800. The central production areas are largely automated.

We heard from other sources that middle class people who come into the region choose Rossland, a ski community 10 kilometres up the hill. But provincial government numbers don’t award any advantage to Rossland; they show zero growth over the past decade in all the communities clustered around Trail.

We noticed a couple of newish commercial buildings in Trail, including the regional district (county) offices. But the taverns are closing, surely a sign of trouble in a drinking man’s town; and when cousin Brian went looking for a house a few years ago, he could only find one of recent vintage, on a hillside behind the mall and well away from the town core.

Other parts of B.C.’s southern Interior appear to be doing better, with tourism and Alberta retirement money driving real estate prices, new commercial development and employment. The city of Kelowna grew by 20 per cent from 2001 to 2011. Even Trail’s rival, the city of Nelson, is growing and said to be drawing conferences, recreational traffic and retirees.

Trail’s dilemma, if that is the right word, lies in having to compete with these other places — understanding that the city is off the main provincial highways, its reputation is rough, its building stock is aging; and also that the rewards, in terms of the quality of potential new jobs and development, may be debatable. What is the appropriate strategy for a place like Trail? 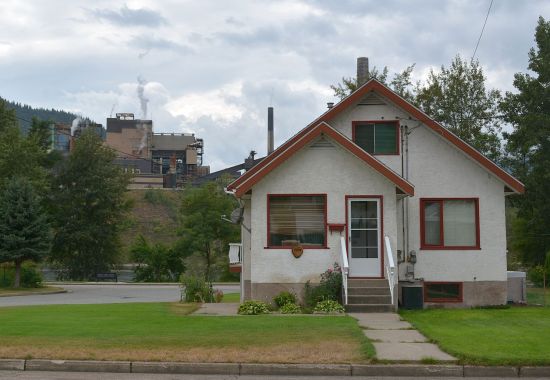 The smelter from Columbia Ave.