The Amtrak train broke down at the station in Vancouver, Washington, a 20-minute drive from downtown Portland in normal traffic.

The Amtrak people did not seem to have a customer service plan. After 45 minutes they announced they were working to fix a problem with “the air.” The temperature rose; outside it was 35 degrees Celsius or 95 Fahrenheit. After an hour and a half, most people had climbed out to seek refuge in the small air-conditioned station or mill about on the pavement hoping for a taxi. But there were few taxis to be had — one Vancouver taxi driver who ventured into the area refused to go to Portland, because he said he was nearing the end of his shift — and Amtrak was not providing emergency buses or suggestions on how to reach the city.

There’s no public transit serving the Amtrak station in Vancouver. Vicki and I set out on foot for the nearest bus stop, 20 minutes away through an industrial zone and past the Vancouver city hall. A Canadian colleague had obtained the directions and came with us. The Vancouver bus system, C-Tran, connects over the Columbia River to the northern end of the Portland light rail system, known as the MAX. A driver named Chris allowed a crowd of us to board his C-Tran bus at no charge. He said the freeway was gridlocked because of a fuel spill, but most of his route would bypass the congestion. 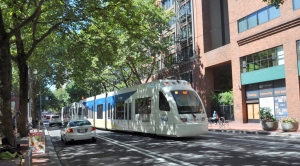 Portland is praised for its liveability and culture, and the light rail and street cars are sometimes said to be part of one of North America’s best transit systems. In this case, we had no complaints with the MAX train, and our downtown halt was almost at the door of our hotel.

We were three hours late, and it wasn’t how we had planned to start a weekend visit,

but the rest of our stay was mostly pleasant. Vicki attended a writing workshop on Saturday while I walked the city from Laurelhurst to Goose Hollow and back through Hawthorne. There are reminders of Vancouver-on-the-Fraser and of Victoria throughout, with a huge inventory of heritage homes and commercial structures dating back to the 1870s. The parks on the west side of the central area cover close to four times the area of Stanley Park in Vancouver, B.C. We enjoyed a picnic on Sunday in the Hoyt Arboretum before riding the MAX back down to our hotel. 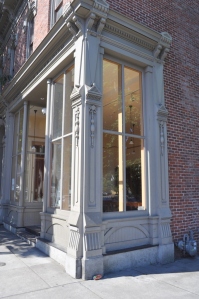 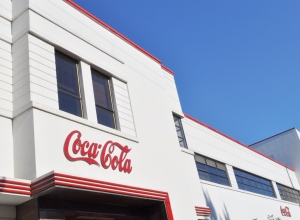 The restaurants are good, and so is the beer, and homeless people are everywhere in the inner city west of the Willamette River — lined up for handouts in the Old Town, flopped out in the parks, changing their clothing in the doorways of banks and retail buildings, begging or acting out at the major intersections.  They’re more visible and numerous than the homeless in Vancouver B.C., and this came as a surprise.

The Portland light rail system, by the way, has more length of track than the Skytrain system in Metro Vancouver, although it’s enclosed within a smaller area. Skytrain,  according to Wikipedia, boarded 117.7 million passengers in 2014 on a 68.6-kilometre system, compared with 38.1 million on the MAX with its 84 kilometres. I would guess that the MAX has more benign neighbourhood development benefits, but Skytrain carries more people.

It turned out that our Amtrak train was re-started and made it into downtown Portland a few minutes after we arrived on the MAX. We found this out when we called Amtrak to report the customer service problem. They offered us a $75 credit for our next trip on an American intercity train.