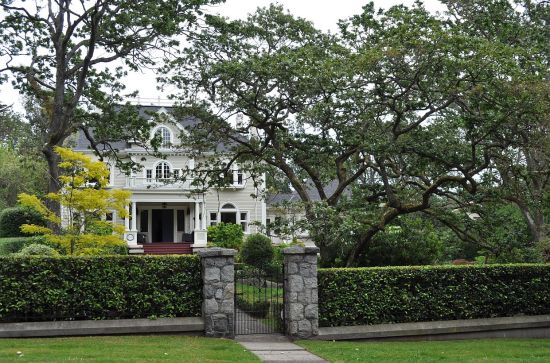 The District of Oak Bay, population 18,000, is the third most heavily taxed municipality in British Columbia, of 161 listed in provincial tax tables. Property taxes on a representative house are 29 per cent higher than in the City of Victoria next door, and close to 90 per cent higher than the B.C. average.

The numbers suggest an affluent population prepared to pay for services such as an  independent police force — as in the highest taxed local jurisdiction in B.C., the District of West Vancouver. END_OF_DOCUMENT_TOKEN_TO_BE_REPLACED