[This speculative piece was clearly off base. Three months after it was published, the Government of B.C. introduced a 15 per cent tax on foreign real estate investment within Metro Vancouver in an effort to cool the housing market.]

The current monthly report on Greater Vancouver real estate shows the benchmark price for detached homes in the west of the City of Vancouver crossing the $3,000,000 threshold. This is in an urban region where Statistics Canada reported the median household income as $73,390 in 2013.

Until recently, governments downplayed the significance of runaway home prices. The problem appeared to be mostly confined to detached homes in a few upscale enclaves. This has changed, with detached homes in a growing number of neighbourhoods crossing the $1,000,000 mark — in Burnaby East, for example, an area that mixes modest and middling properties. Apartment prices are rising sharply in Vancouver and Burnaby after years of slow or no increase.

Analysts and news media have identified the main driver as safe-haven investment from foreign sources, especially China — drawn by a liveable Chinese-speaking city, a cheap Canadian dollar, low interest rates and an open real estate market.  The British Columbia government has not confirmed this proposition, but it has started to gather data on the citizenship of property buyers, for what that’s worth. The provincial opposition leader has recently suggested that money-laundering is part of the foreign investment equation. END_OF_DOCUMENT_TOKEN_TO_BE_REPLACED

The Urban Development Institute (an industry association) and VanCity (a financial institution) have released a comparison of home affordability in three Metro Vancouver zones: the City of Vancouver, “Inner” Metro and “Outer” Metro.

The authors stipulate that when a household pays more than 32 per cent of gross income for housing, their housing no longer qualifies as “affordable.” END_OF_DOCUMENT_TOKEN_TO_BE_REPLACED 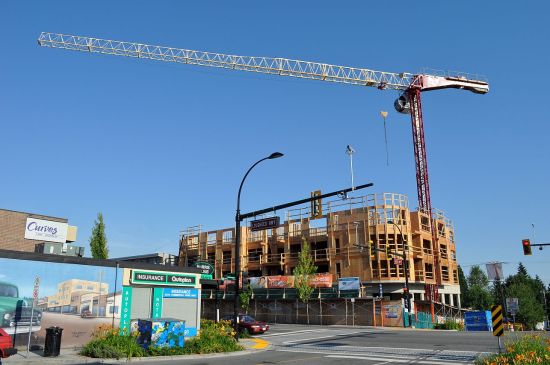 My recent and enthusiastic West End Vancouver blog post generated a Facebook comment from our friend Jackie Chow.  She labelled the West End urban villages in one word: “expensive.”

For renters, the West End is so close to downtown Vancouver jobs that you can ditch your vehicle and save enough money to cover the extra rent costs.  But if someone  wants to buy in the West End, and that someone has two or more children, what then?   There’s not much available at any price, other than small condo apartments in towers. From this point of view, it’s fair to say that West End Vancouver ranks low on the livability scale for some potential residents.  There are townhomes and low-rise options  in Kitsilano across the bridge, but the purchase costs are very high. END_OF_DOCUMENT_TOKEN_TO_BE_REPLACED