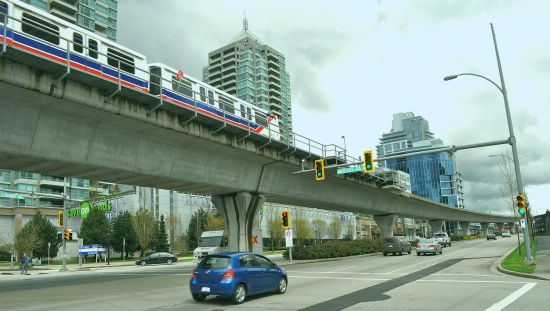 About a month ago, Metro Vancouver’s mayors broke with previous form and achieved near-consensus on a 10-year plan for transit investment.

Media coverage of this event has been limited, focusing on the projected cost of the plan rather than the promised improvements. The region’s trains and buses carry more than 800,000 passengers per day, and this should be enough to sustain a conversation on transit funding; but the transportation authority’s governance structure is convoluted, and its financial woes never-ending. Public interest, for now, remains at its normal lukewarm level.

The headline cost of the mayors’ plan is $7.5 billion over ten years, to pay for a new Pattullo Bridge crossing of the Fraser River, new rapid transit for Vancouver and Surrey, and additional bus service for all.

In the mid-1990s, I ran a couple of large-scale surveys of Vancouver-area residents on attitudes to transportation. Two-thirds of the respondents supported an aggressive expansion of the transit system, but only one-third were prepared to pay. We haven’t come far in resolving that conundrum. Local and provincial politicians have bickered  over the question of funding since TransLink was created in 1998. On June 27, two weeks after the announcement of their plan, the mayors expressed frustration in a letter to the provincial minister of transportation, which they posted on a newish website they have set up just for this purpose.

Even if we go nowhere with the current proposal, it’s encouraging to see the mayors taking a position in almost a unified way, through their own dedicated channel. I suggested on this site in February 2012 that the mayors should take a campaign-style approach if they wanted to build credibility, and they are moving in this direction.

One would hope, further, that they can influence the public conversation around transit, which dwells too often on personalities and executive salaries. Their challenge is to communicate how public transit  benefits all sectors of the community. Mayor Richard Walton of North Vancouver took this approach in a recent interview where he talked about transit’s effects in reducing highway traffic. Other clear benefits include increased mobility for low-income workers, increased access to training and education, more active living choices for seniors, and support for walkable urban villages and local independent business. 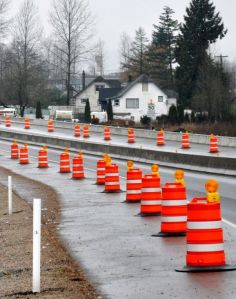 The holdout among the mayors is Derek Corrigan of the City of Burnaby. Before he entered local politics, he was chair of BC Transit in the days when that provincial agency operated buses and trains in Metro Vancouver. Around the time of Corrigan’s tenure, the provincial NDP government agreed that Burnaby needed a second crosstown rapid transit line, to supplement the one that already existed. Mr. Corrigan now argues that we can’t afford to build rapid transit in Surrey, or provide better bus service in distant places like Maple Ridge.

$7.5 billion over ten years, by the way, is about what we’ve invested in freeways and bridges in Metro Vancouver in the past ten years, if you add financing and in-house project costs to the posted costs. A significant fraction of the highway construction costs will be repaid from tolls, it’s true; but likewise, a fraction of the transit capital cost will be repaid from fares.