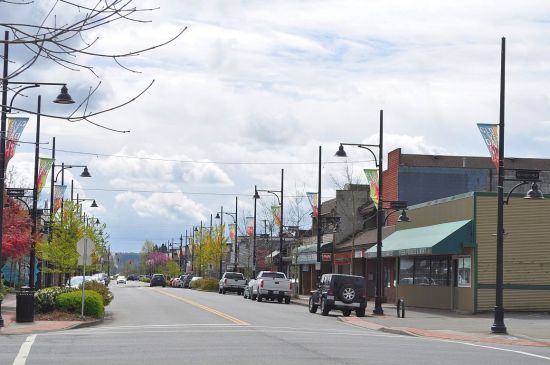 I recently returned to Cloverdale for a solo Sunday afternoon tour, three years after my first report on this historic commuter railway village in Metro Vancouver.

A local paper had suggested the business association might be falling apart, with the cancellation of major public events in 2015 due to a “lack of sponsorships.”

The eastern side of Surrey, British Columbia’s second largest city, has developed rapidly in recent years. Cloverdale’s special status as a somewhat self-contained urban village is acknowledged in the city government’s area plan (2000) and updated land use map (2013). Eight or 10 blocks of adjacent medium-density housing provide the beginnings of a customer base for local merchants and professional services. A minor campus of Kwantlen University is a 10- to 15-minute walk from the main street shops and restaurants.

However, it’s a difficult site: provincial highways on the south and west sides, with farmland beyond the highway to the south; and a sprawling fairground to the north that stands empty in most months (except, perhaps, for the ghosts of rodeos past.) As noted in my previous post, the city government has not been especially helpful, approving the construction of automobile-dependent strip malls not far away.

The big hope for the village, a planned mixed-use development on the west side, was ready to go in 2012. However, the land is still sitting idle, as shown below. 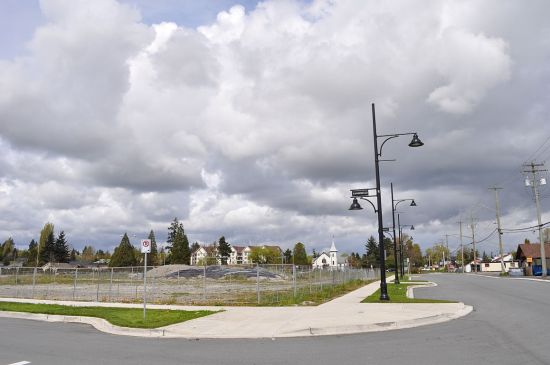 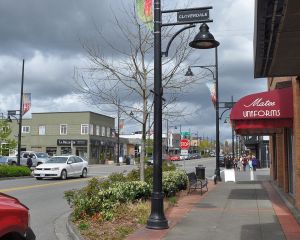 The good news, I think, is that the village showed signs of life on a Sunday afternoon. There were antique shops open, the café-bakery looked busy, and a new pub had  customers. (There are people in the photo to the left, if you look closely.) The condition of the commercial buildings is slightly better than in 2012, although a railway-station-style pub project at the north end of the main street has failed.

Development has stalled for now, although there’s lots of room for residential growth on the vacant land shown above and in parts of the village core. There’s half-hourly public transit east and west; it struck me that increasing the frequency of connections to jobs and shopping might bring more residents, but this seems unlikely in the near term.

As with some other historic settlements in the suburbs, Cloverdale village appears to be on hold, waiting for a major developer or employer, or the real estate group mind, to fully recognize it as an architectural and character asset.

[This is an update of post #1 in our Urban Villages series. An updated index has been linked to the “Urban Villages” page.] 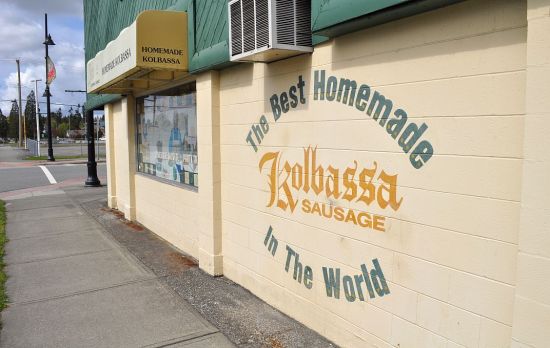 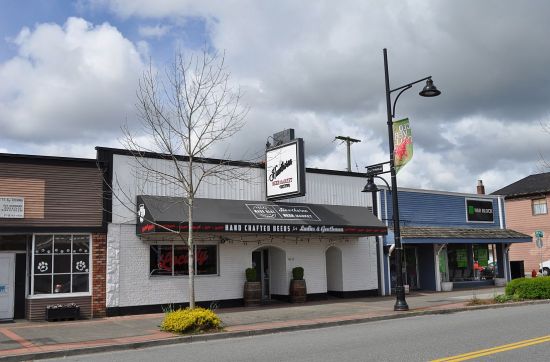