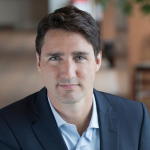 During Canada’s recent federal election campaign, Prime-Minister-to-be Justin Trudeau promised funding support for transit in British Columbia’s Lower Mainland — “to extend rapid transit along Broadway to Arbutus, bring light rail transit to Surrey, and increase SeaBus service during peak periods.” It’s part of a commitment to invest C$20 billion in Canadian infrastructure projects over 10 years. This announcement may breathe new life into a transit project that, judging from online discussion, appears to have lost momentum over the past three or four years.

The proposed extension of Skytrain into the west side of the City of Vancouver has been on the books since the Millennium transit line was built in the 1990s. The Millennium line runs west from the Coquitlam border through Burnaby into Vancouver, ending abruptly near Vancouver Community College, almost at the dividing point between the east and west sides of the city. The western extension of the line would relieve pressure on Vancouver’s Broadway Avenue bus corridor, home of the limited-stop B-99 services that had 55,000 boardings per day in 2013. END_OF_DOCUMENT_TOKEN_TO_BE_REPLACED